“Early Buddhism” refers to the teachings given by the historical Buddha (Gotama) before they became codified into the various orthodoxies of the Buddhist religion. During this evening of conversation, John, Stephen and Akincano will explore what was distinctive in these teachings that distinguished them from the Indian culture of Gotama’s time. Moreover, we will argue for a return to his original vision as an effective means to address the range of issues that confront people living in today’s world. The evening will conclude with a presentation about the newly formed Bodhi College, which will begin offering study courses on Early Buddhism in 2016.

JOHN PEACOCK is both an academic and a Buddhist practitioner of nearly forty years. Trained initially in the Tibetan Gelugpa tradition in India, he subsequently spent time in Sri Lanka studying Theravada. He lectured in Buddhist Studies at the University of Bristol, is Associate Director of the Oxford Mindfulness Centre and teaches on the Master of Studies programme in MBCT (Mindfulness-based Cognitive Therapy) at Oxford University. John has been teaching meditation for more than twenty five years and is a Gaia House guiding teacher.

AKINCANO M. WEBER is a Swiss Buddhist teacher and psychotherapist (MA). A former monk, he has lived and practiced for 20 years in European and Thai Forest monasteries. Particular interests are early Buddhist texts, stillness and contemplative psychology. He is guiding teacher of Atammaya Cologne, Germany, part of the CPP programme and of several Mindfulness teacher trainings and teaches meditation and Buddhist Psychology in secular and traditional contexts in Europe and overseas. www.akincano.net

We're sorry, but all tickets sales have ended because the event is expired. 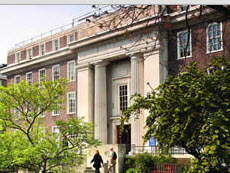 At Friends House we offer a selection of competitively priced rooms from Monday to Sunday, ranging from small meeting rooms to our enormous meeting halls. All rooms are well furnished and equipped and can be booked for various time spans.

From its central London location opposite Euston Station the building is near hotels and guest houses to suit all budgets. Friends House is easily reached by all major rail, bus and tube services.

As a Quaker concern, the facilities provided are both of high quality and honestly priced. The welcome is always warm and friendly.